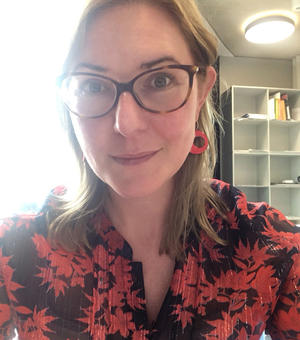 Anna is a Departmental Lecturer at the Blavatnik School of Government, at the University of Oxford, where she teaches the core graduate course, The Politics of Policymaking, as well as elective courses. Her research looks at relationships between gender, corruption, trust and integrity, though through 2020 she has focused on the social and political aspects of Covid-19. Anna is Co-PI on the Oxford Covid-19 Government Response Tracker (OxCGRT) project and leads the Brazil subnational part of that project, Co-PI on the ICL-YouGov Global Covid Behaviours Study, and PI of the OxCGRT survey, which is focused on tracking opinions and behaviour of citizens in nine Brazilian state capitals over multiple rounds. Anna's empirical work on gender and corruption is also based in Brazil. She is the author of a globally focused, United Nations Office on Drugs and Crime report about gender and corruption. Anna completed her MPhil (Comparative Government) and DPhil (Politics) at Oxford University, during which she taught statistics to second-year PPE students and tutored Brazilian politics. Before becoming an academic, she was a journalist. She held positions such as Argentina Correspondent at The Economist, Science Correspondent at The Economist, and was a section-editor at the science journal, Nature. She also wrote a column for The Guardian that fused longevity and wellbeing research (how to die as late as possible, and until then stay as happy and as physically young as possible), and another column about the social dimensions of climate change for the journal, Nature Climate Change.