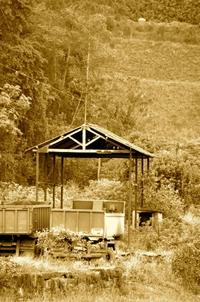 The commodity boom cycle has attracted much attention in contemporary Brazilian Studies. This project looks at locations that have prompted economic growth by providing resources, without necessarily directly profiting from them. The architecture, demography, public health, social memory, and political-economy of extractive industries in target locations in Brazil are at the core of this project.

A remarkable characteristic of colonialism in Latin America was the extraction of natural resources for foreign trade. In post-colonial Latin America, however, many economies continued with the model of commodities export-based growth. This project looks at extractive industries in Brazil. The aim of this project is to identify, map, compare, and contrast municipalities that have mining as a main economic resource. Amongst those extractive locations, we will focus on the ones that have one leading company: one-company towns. While some mining towns have diversified their economic activities, many others have not. What decisions led to diversification or to the so-called monotown model? What does economic dependency generate spatially, politically and socially?

We work with key topics in the examination of extractive municipalities, namely:

Other industrial sectors and other countries:

Academically, our targets are:

We look at political-economic history of targeted extractive municipalities to offer a dataset about these locations which includes: Mapping, Economic data, Migration history, Public Health and Demographic accounts. We also look at selected extractive municipalities to discuss how long-term mining affect people and places. When we zoom in on case studies and describe social and political aspects in disappearing or economically dependent towns.

We will focus on the publication of academic papers, policy orientation, maps and datasets of one-company towns in Brazil. 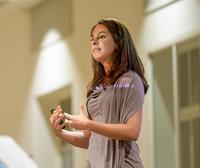 Dr Andreza Aruska de Souza Santos is the director of the Brazilian Studies Programme – Latin American Centre, University of Oxford, where she also teaches on politics and society in Brazilian and Latin American cities. Her research and teaching interests include participatory politics, inequalities, and local governments. Regions of interest: Brazil, Latin America, South Africa, China, and India. She the author of the book: “The Politics of Memory: Urban Cultural Heritage in Brazil”. She also co-edited the two books: “Urban Transformations and Public Health in the Emergent City” and “African Cities and Collaborative Futures”, both with Manchester University Press.

For publications and academic background please check her webpage: www.andreza.co.uk 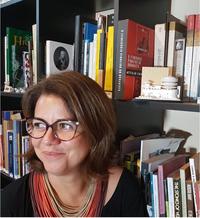 Professor Ana Elisabete de Almeida Medeiros is an Architect and Urban Planner and professor at the University of Brasilia. With a research project funded by FAPDF – Federal District Research Support Foundation, she was a visiting academic at the LAC - Latin American Centre, University of Oxford (2019-2020), where she conducted a research project exploring issues situated in the intersection of cultural heritage policies, city diplomacy and social participation in an age of urban governance. She has a postdoctoral position in Urbanism from the PACTE Laboratory - IUG / IGEA of UPMF, in Grenoble (2008- 2009), a PhD in Sociology from the University of Brasília (2002) supported by CNPq – National Council for Scientific and Technological Development, a Master in Urbanism from the Institut d'Urbanisme de Grenoble - Université Pierre Mendès France (1997), and she graduated from the Federal University of Pernambuco (1995).

Nicolas Lippolis is a doctoral candidate in Politics, as well as a researcher at the Oxford Martin Programme on African Governance and the Centre for the Study of African Economies, University of Oxford. His thesis research deals with the politics of industrial policy in Ethiopia and Angola. His broader interests are in development strategies, business-government relations, and the political economy of development, with a regional focus on Africa and Latin America. He is currently also a convenor of the Oxford University China-Africa Network. Before starting the DPhil, Nicolas was based at the Blavatnik School of Government, where he was part of the project on “Rethinking African Paths to Industrial Development” and collaborated with the “Brazil Rising” initiative between BSG and the Lemann Foundation for reforming the Brazilian public sector.

Nicolas holds a BA in Philosophy, Politics and Economics, and an MSc in Economics for Development, both from Oxford University. Prior to joining the Blavatnik School, he worked on macroeconomic research at Goldman Sachs in London.

Max Nathanson: Max currently serves as Economic Development Advisor at the Colorado Department of Labor and Employment, focusing on the future of work and just energy transitions. He is also Founder and Managing Director of the Oxford Urbanists, a global social enterprise. He previously spent two years as Global Business Development Manager for Colorado Governor Jared Polis, where he led economic development and foreign policy initiatives and directed the Colorado Mask Project as a member of the Governor's COVID-19 Innovation Response Team. He holds a master's degree in Development Studies from Oxford and a bachelor's degree in Political Science from the University of Colorado. 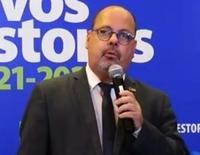 Eduardo Stranz, he has worked for more than 20 years at the National Confederation of Municipalities (CNM) in Brazil, one of the largest organizations in the world representing local governments. Currently, he works as a Senior Advisor to the CNM board, and served for many years as the coordinator of the Technical Studies Area, leading research on municipal public policies and finances. He also leads projects developed by CNM related to the promotion of the Sustainable Development Goals among the 5,568 Brazilian municipalities. He was one of the leading authors of "Mandala ODS” (SDG Mandala), an application available to municipal public managers and society that makes possible to diagnose, monitor and evaluate the performance of Brazilian Municipalities indicators regarding the level of reach of the 2030 Agenda and the Sustainable Development Goals (SDG). 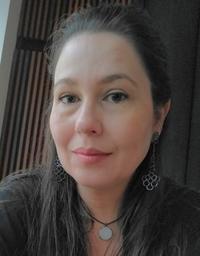 Giane Boselli: Master in Social Sciences from Universidade Estadual Paulista (UNESP); Bachelor of Social Sciences (UNESP) and Law (Fundação Eurípides Soares da Rocha). She currently works as Project Manager of the Territorial Development Unit (Decentralized Cooperation) at the United Nations Development Programme (UNDP-Brazil), developing projects related to the Localization and Territorialization of Sustainable Development Goals (SDG) with local and regional governments. She coordinates one of the largest UNDP-Brazil projects - Territorialization and Acceleration of the Sustainable

Development Goals - which aims to territorialize the SDGs in 116 Brazilian municipalities through activities with local governments, social organizations and private companies. She has also worked at UN Women, developing projects related to SDG 5 with several countries in Latin America. She has also been a Research Analyst at the National Confederation of Municipalities (CNM), being part of the Technical Studies Area and developing studies on local public policies and impacts of federal programs on local governments.

To read about this project in Portuguese, please click here: https://www.cnm.org.br/comunicacao/noticias/com-apoio-da-cnm-pesquisa-analisa-municipios-dependentes-do-extrativismo