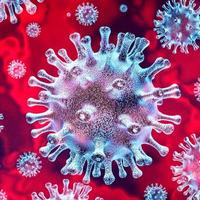 Every night at 8:00 p.m. from May 12 to May 21, the streets of San Salvador, El Salvador’s capital, filled with a cacophony of honking cars, revving motorcycles, and the nonstop banging of pots and pans as residents take part in a “cacerolazo,” a Latin American form of peaceful protest. The cacerolazo is directed toward President Nayib Bukele and his anti-democratic methods of controlling the COVID-19 pandemic in the Central American country.

Bukele was praised for acting efficiently when the coronavirus pandemic spread. He closed off borders, shut down the airport, instituted a nationwide quarantine and declared a state of emergency. The government closed non-essential businesses and mandated essential ones to follow health procedures. The president provided 1.5 million hard-hit families with a $300 subsidy, improved deteriorating hospitals and pledged to build the biggest COVID-19 hospital in the region. As of May 21, there have been 33 official deaths and 1,640 confirmed cases since the first reported case on March 18, suggesting the measures helped contain the virus.

I wanted more than anything to give El Salvador’s first millennial president the benefit of the doubt, but the situation quickly deteriorated. The lack of access to formalized bank accounts led to conglomerations of hundreds of people at government office trying to obtain their subsidies. Families with no access to food began to hang white flags outside their houses as a cry for help. More than 4,000 Salvadorans are stranded outside the country, sustaining themselves on dwindling resources after the government abruptly shut down the airport and initially refused to repatriate them.

While I agreed with many of Bukele’s health measures, as a Latin American Studies graduate student, I could not ignore that his implementation methods resembled those used by the region’s most infamous dictators and chose to join the cacerolazo. Bukele’s disregard of human rights conventions and institutions threaten to have a detrimental effect on El Salvador’s hard-earned democracy.

Bukele has deployed hundreds of military units to detain people who violate the quarantine and people who had been in contact with a person who tested positive for COVID-19. Detainees are taken to “contention centers,” which are refurbished hotels, athletic compounds, or other buildings that are meant to isolate potentially contagious people.

Between March 20 and May 13, the Human Rights Prosecutor received more than 1,500 complaints of human rights violations, 36.2 percent of which were related to the government’s contention policy. Reports from within these centers paint a grim scene – some people describe having to share a room with more than 10 others, putting healthy people at risk of contagion. Others report being detained for indefinite periods of time with no communication about how long they will be quarantined away from their families. One man reported having been shot in both legs by police after he refused to pay police a $50 bribe to avoid being sent to a contention center.

The Supreme Court of Justice ruled on April 9 that the government’s contention sites were unconstitutional without a law to back them. In response, Bukele tweeted, “Five people won’t decide the deaths of hundreds of thousands of Salvadorans.” The military and police continued sending people to contention centers, in flagrant violation of the court’s ruling. As of May 18, the number of detainees totaled almost 12,500 people.

Bukele sparked international backlash in April when he shared a picture of prison inmates sitting on top of each other with no masks or other form of protection against contagion. The picture was posted to his Twitter to announce the new measures his government would take against gang members after a drastic spike in homicides the weekend of April 25. These measures included mixing members of opposite gangs in cells together and authorizing the national police force to use “lethal force” against gang members on the outside. Organizations like Human Rights Watch for the Americas criticized the move as “inhumane,” and argued that the president’s authorization of lethal force violated domestic and international law.

The first week of May, Bukele issued a new executive decree containing mandates that limited access to medication, food and employment for some of El Salvador’s most vulnerable population. The mandates shut down public transportation and prohibited crossing municipal borders, and were quickly denounced by the Human Rights Prosecutor and legislators as serious right violations. These mandates undermined the quarantine law passed by The Legislative Assembly the day before, that legitimated Bukele’s contention sites and other health measures.

The Legislative Assembly also approved the government’s initial request of a $3 billion loan to fight the COVID-19 pandemic, increasing El Salvador’s external debt to 8 percent of the country’s GDP. According to Bukele, his government has not seen a “penny” of the money because the loan is pending final legislative approval.

His government’s lack of transparency is a big reason behind the delay.

The approval process screeched to a stop on May 11, when representatives of five civilian organizations quit the committee appointed to overseeing the loan allocations. In a statement issued May 12, the Universidad Centro Americana (UCA), one of the two academic institutions in the committee, said that working for the committee was “unviable” because of the government’s disregard of the committee’s advice, the lack of information purveyed to the committee, and the overall disrespect of democratic institutions.

The Court ruled on May 18 to pause the state of emergency while it reviewed the complaint, despite presidential allegations that his office had legal power to invoke it. While Bukele reluctantly accepted the court’s ruling, he attacked it at a hastily convened press conference, calling it an “abrupt invasion” to the executive branch’s institutional independence. On May 20, Bukele threatened to file sue a lawsuit against the Court and the Assembly with the Inter-American Human Rights Commission for refusing to extend the state of emergency. Joel Hernández, commission president, said the lawsuit was inadmissible as no international court could legislate between independent state institutions.

Bukele’s actions have eroded people’s trust in the country’s most important independent institutions, dividing a nation in a time when messages of empathy and national unity have proved more effective models of leadership. Bukele succeeds in making light of the cacerolazo protest, accusing protesters of being elitist and choosing the economy over people’s lives to detract from his abuses of power. The president repeatedly claims he has not broken any laws in his effort to stop the spread of the virus. But in his fight to flatten the curve, Bukele threatens to flatten Salvadoran democracy itself.

During the global COVID-19 pandemic the LAC is publishing opinion and blog pieces written by members of the Centre.  Their views do not represent the LAC’s view.